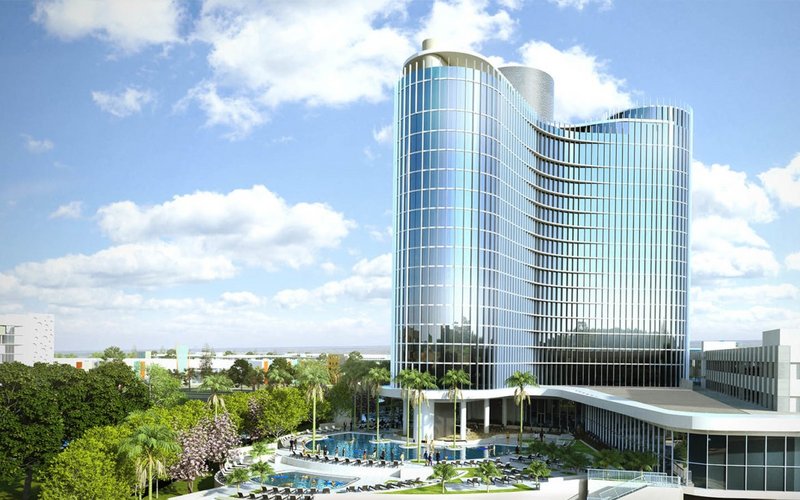 In the summer of 2018, you’ll be able to step inside Universal’s Aventura Hotel – the next incredible addition to the Universal Orlando hotel collection. It will offer yet another value priced option when choosing from the wide range of hotels at our destination and will bring affordable-chic to life on-site.

You’ll arrive to a 16-story tower that soars through the Florida sky, with sunshine and clouds reflecting in its all-glass design.

If you’re wowed by the outside, just wait until you walk into the open, loft-inspired lobby, where the sunshine will stream in through 18-foot windows. Those same windows will also provide a view outside to the pool level. But we’re getting ahead of ourselves…

After checking in and grabbing a drink from the lobby bar, it’s time to check out your modern and serene guest room, designed with refreshing, natural colors – think sea blue and rose – to ease you into vacation mode. Gaze out your room’s floor-to-ceiling windows as all of Universal Orlando Resort spreads out before you. The first choice you’ll have to make after arriving at Universal’s Aventura Hotel is, “Where to first?”

Neighboring Loews Sapphire Falls Resort, Universal’s Aventura Hotel will be just steps away from Universal Orlando’s theme parks – Universal Studios Florida, Universal’s Islands of Adventure, and Universal’s Volcano Bay (opening early summer 2017). And all of it will be accessible by walking paths or complimentary shuttle service right from the hotel.

But the fun doesn’t end when you leave the theme parks. Unwind at the hotel with a soak in the crystal clear pool or poolside hot tub – with a cocktail from the pool bar, perhaps? Meanwhile, the kids expend the rest of their energy on the nearby splash pad.

When it’s time to eat, there will be plenty of choices within the hotel. On the lobby level, a casual food hall with five different cuisine options will appeal to all different taste buds. Have a seat and eat in, or grab and go back to your room.

The area of the hotel I know I’m most looking forward to is the rooftop bar, a first at Universal Orlando. Here you’ll be able to enjoy craft cocktails and small plates while soaking in the incredible panoramic views – you’ll almost be level with the tip of nearby Krakatau, the 200-foot-tall centerpiece of Universal’s Volcano Bay.

Need a quick pick-me-up before heading to Universal CityWalk for the night? Starbucks will be ready with your venti in the lobby on your way out the door.

We’re thrilled to introduce Universal’s Aventura Hotel to you today. You can start making reservations in just a few short months. In the meantime, start dreaming about being one of the first to stay at this stunning, new hotel.

Sign up for emails and stay tuned to the blog for details. We look forward to welcoming you in Summer 2018. 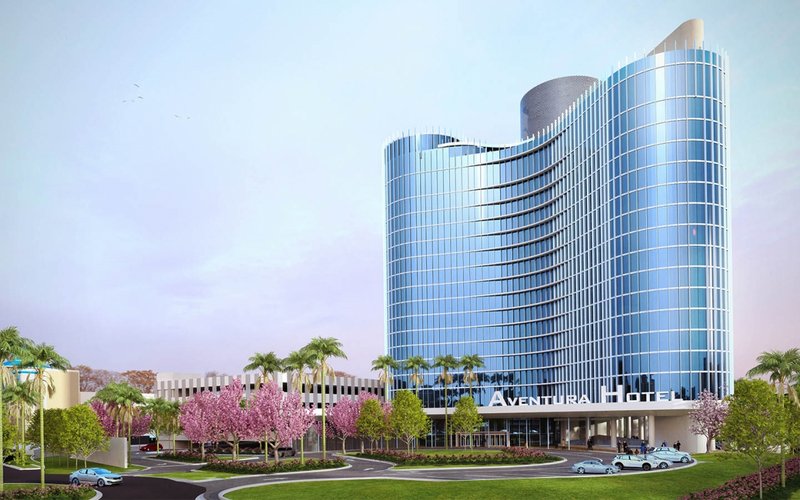 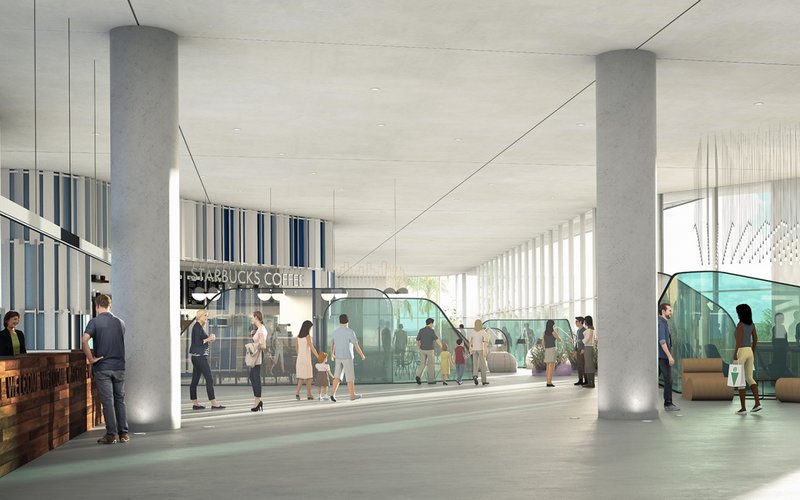 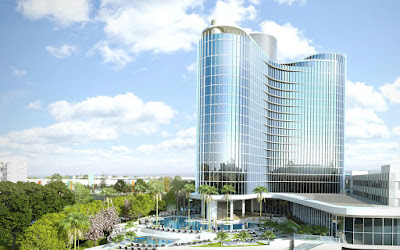 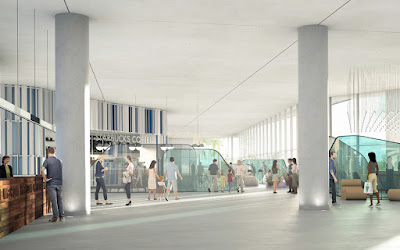 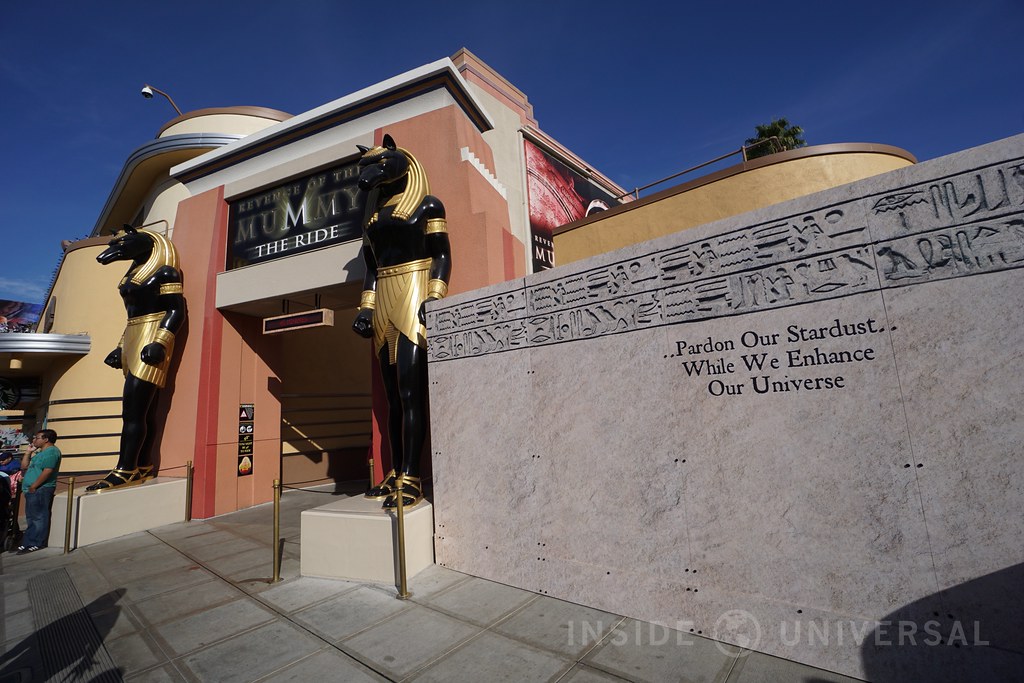 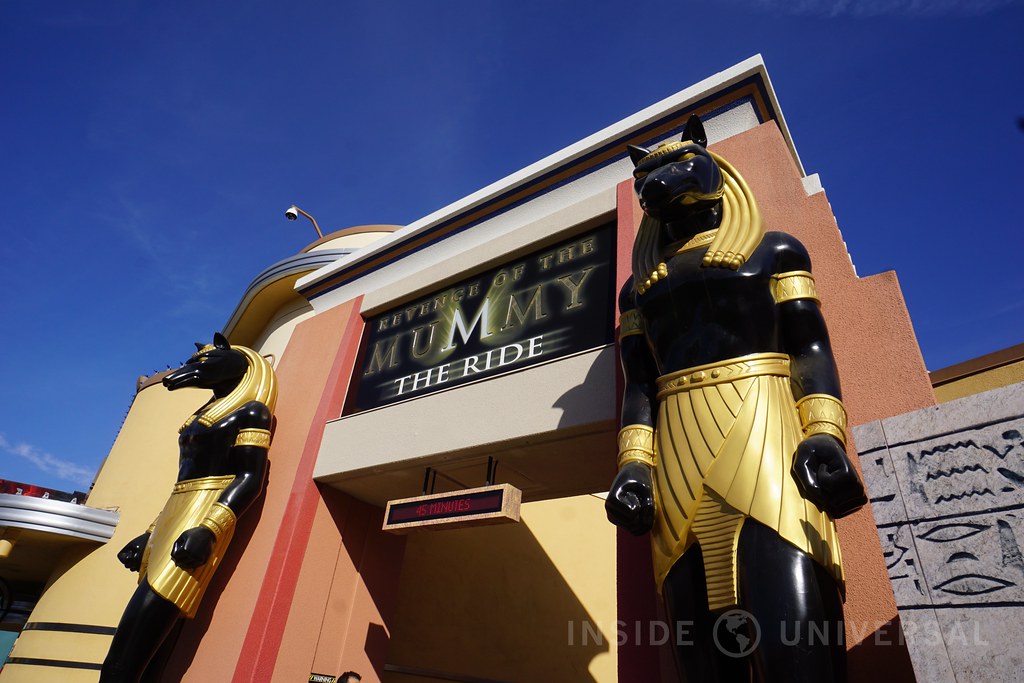 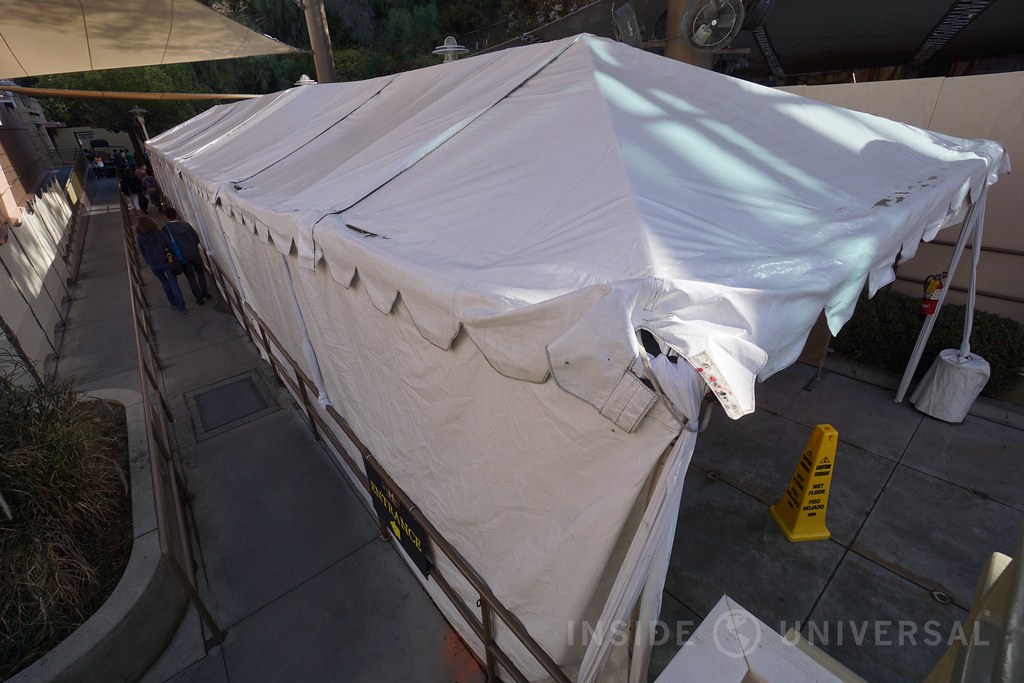 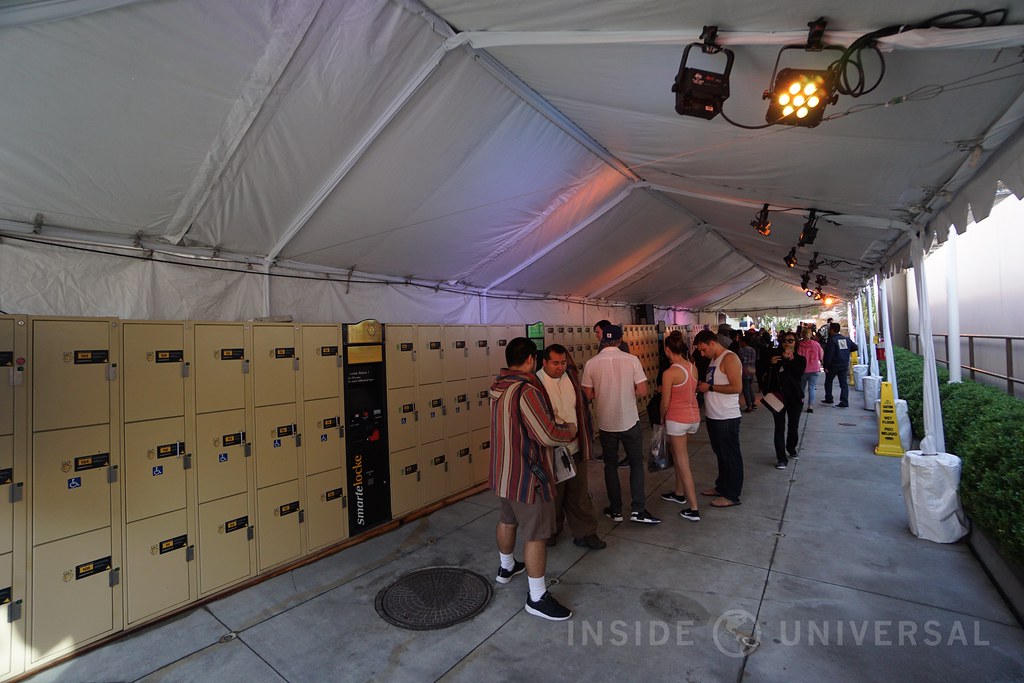 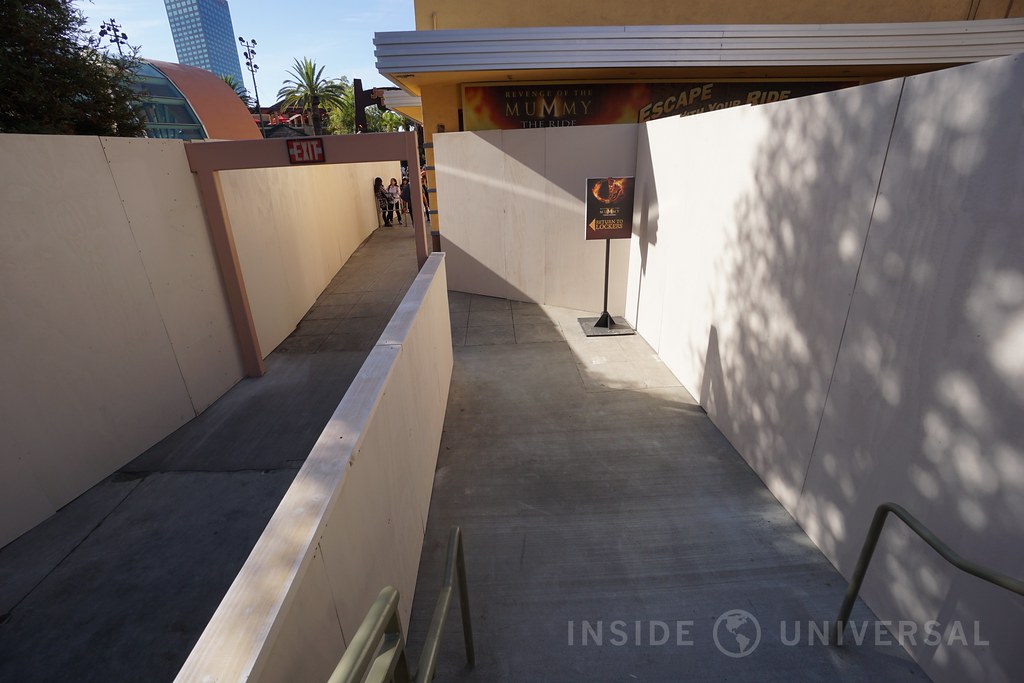 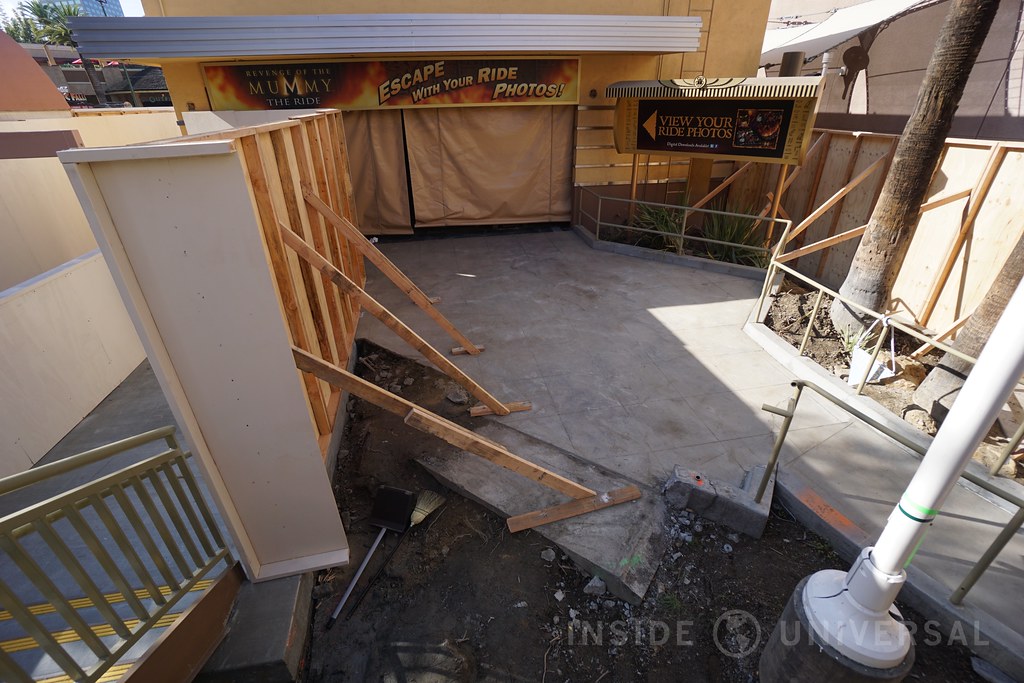 
Harry Potter and the Forbidden Journey

Inside the magic
Arriba


Drift racers: A two-rider, car-based amusement racing attraction with the ability to simulate drifting sensations. Two passengers, who could be in time/points competition with another car, will have control over some aspect of their ride vehicle: The driver would have a steering wheel and an acceleration and brake pedal to control the turning/drifting of the vehicle and speed; the rear passenger would have a control interface with buttons that could control the vehicle or bounce the ride vehicle, provide a boost to the vehicle during the race or affect the performance of another ride vehicle on the track, said the patent. For any Nintendo fan, that description brings to mind the video game company's popular Mario Kart game series. In one version of the series, called Mario Kart: Double Dash, each car had two racers — including a driver and a rear passenger — who controlled the use of items during the race that could impact their car or others in the race. Boom coaster: This is a unique arm that would attach to a ride vehicle to help enhance rides that appear to be on a track system, but are actually controlled by a separate arm. For example, the arm could be C-shaped connected to a secondary hidden track underneath the track guests see. As a result, rides that have story element breaks in the track — say like an upcoming jump from one track to another — could cause suspense. "Because the passenger may believe that the simulated ride surface controls a path of the passenger vehicle, the passenger may fear or anticipate that the passenger vehicle may crash or otherwise incur damage as a result of the elevated gap," said the patent. This has many fans thinking it could also be related to Nintendo via the Donkey Kong Country video game series, which features areas with cars traveling through dangerous mines filled with jumps, dips and turns. 
Simulator ride: A track ride system that aims to provide a more interactive experience for guests than what's received in typical flying theater attractions like Disney's Soarin'. This would have guests step into a flying simulator on a moving track system that appears like a suit with pieces covering parts of the rider's body, such as a helmet, chest piece or arm piece with the ability of being controlled by the guests and providing feedback — via vibrations to simulate explosions seen on screen — during the ride. The patent uses the example of passengers in an asteroid field or flying with fire-breathing dragons as ways the technology can simulate explosions from destroyed asteroids or heat from fire to enhance the experience. However, images in the patent of the suits have a close resemblance to the Iron Man suit from Marvel comics and films — especially a feature in the center of the chest pieces that resemble Iron Man's arc reactor, which powers the suit.

Functional mat racer: A mat for use in water rides that can be equipped with lights, a screen and audio to enhance the overall experience. Lights could be used to illuminate the riders' path or light up the water beneath them to help set the environment they are in. In addition, the light could be a black light that activates when a guest is in a darker part of the ride to illuminate hidden features on walls. Also, the mats could come with display and audio elements that could "show images of other riders in the ride experiencing a thrilling section further along in the ride while a speaker may play captured audio from those riders to build anticipation," said the patent. The patent also states the ride could play music or have a light theme (like holiday colors) the rider chooses before the ride and have their choices saved to a "park identification bracelet" — say like Volcano Bay's TapuTapu bracelets — and the ride will be able to read the guests' bracelets and configure the ride to their choices. The ride then can sync the musical choice so the lights and ride features follow the tempo of the music.

Slide entry system: This shows a new entry system to a drop slide — possibly for Volcano Bay — where the guest is inside a glass enclosure that slowly fills with water before having a trap door open beneath them to drop them into the water slide ride. "Not only is this thrilling for the rider, but the image of the rider being enclosed in a fluid-filled space may also provide excitement to the observers, said the patent. It added that a narrative to the drop could be that guests are live specimens for study by villains or "newly converted vampires," and the fluid may be dyed red to resemble blood. 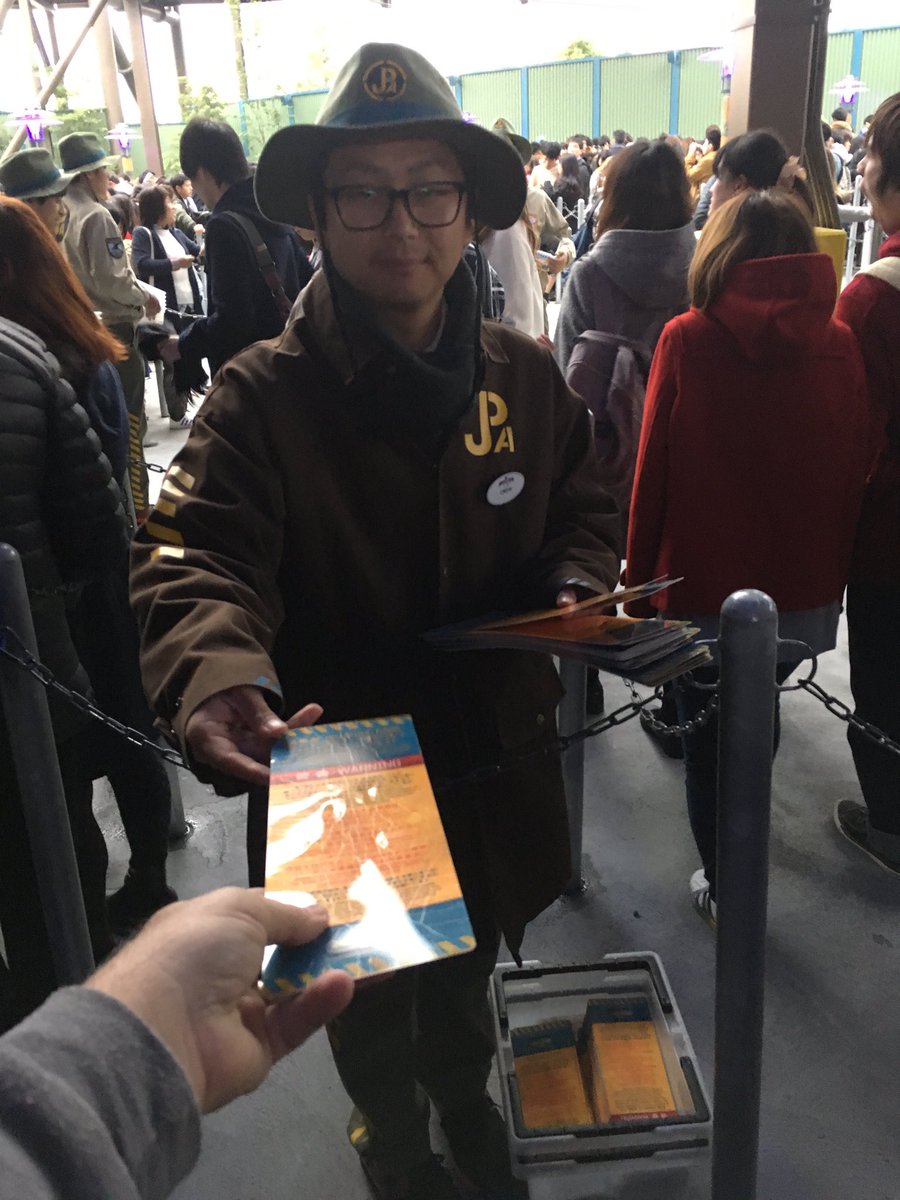 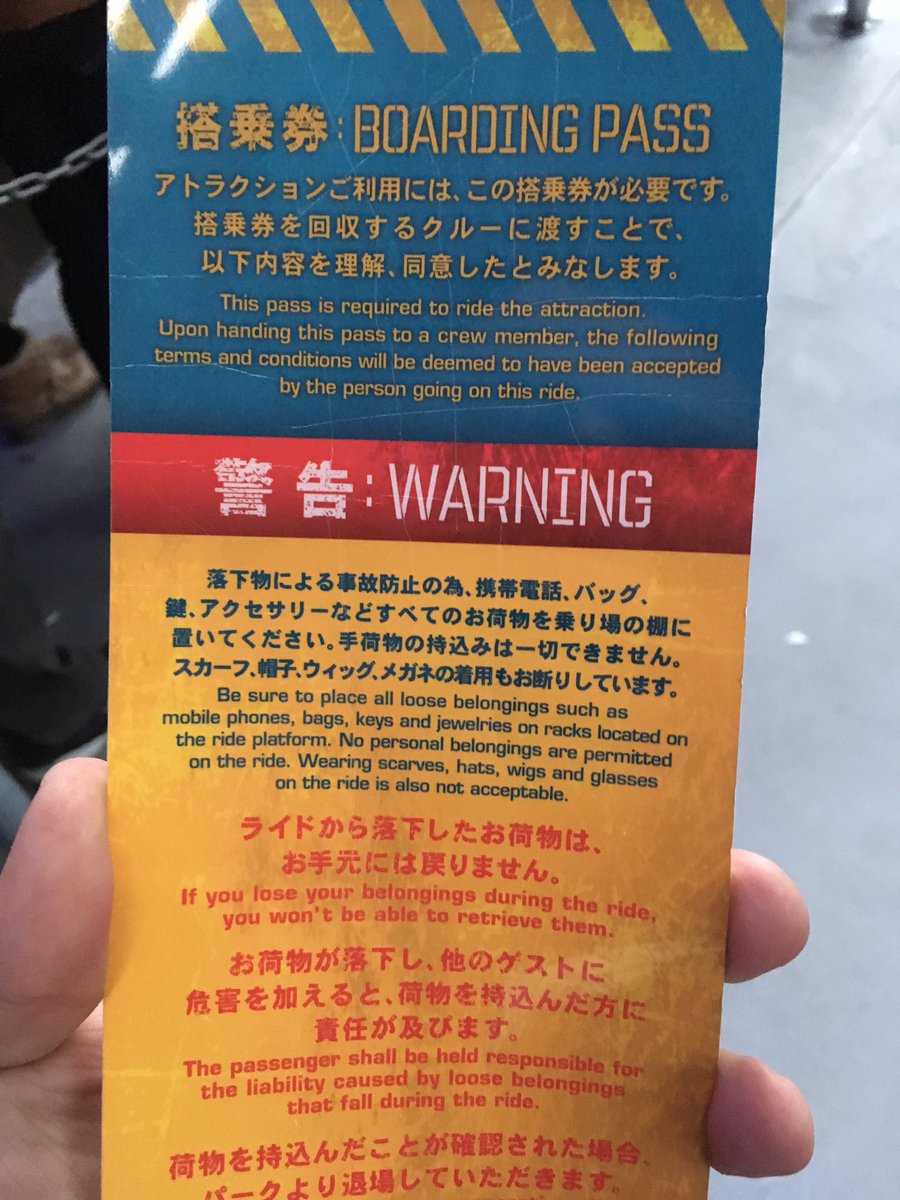