Artist impression of the Snowdome in Dubailand. The DreamWorks theme park will be part of the complex

The Hollywood studio DreamWorks is planning to build its first theme park in the booming Persian Gulf state of Dubai.

The project, which will include themed restaurants, hotels and shops, is expected to cover five million square feet and feature rides incorporating characters from the studio's animated blockbusters such as Shrek and its forthcoming release Kung Fu Panda.

Dreamworks, headed by Jeffrey Katzenberg, has teamed up with state-owned property firm Tatweer for the project, which marks the latest in a series of deals between Hollywood production companies and United Arab Emirates developers.

'We are thrilled to bring the first DreamWorks Animation-dedicated theme park to Dubai," said Mr Katzenberg.

The park will be built at Dubailand, an entertainment megaplex being constructed by Tatweer that is billed as the world's largest tourism, leisure and entertainment complex.

Mr Katzenberg said the partnership would "create an exciting destination where families and tourists will enjoy the unique opportunity to interact with DreamWorks characters and brands".

DreamWorks is among a host of Hollywood studios that view the wealthy Western-oriented emirate as fertile territory for promoting their brands.

Seen as the playground of the oil-rich Gulf, Dubai attracts millions of visitors - including many Britons - with its tax-free shopping, extravagant shopping malls and winter sunshine.

Its booming economy and tax haven status have also drawn huge numbers of foreign businesses and workers, prompting a property boom that features some of the world's most lavish and ambitious developments - projects currently under way include the world's tallest building and largest indoor ski slope.

British tourists are increasingly buying properties in Dubai as holiday homes or investments.

Celebrities such as David and Victoria Beckham, Rod Stewart, Michael Schumacher and Michael Owen are among those to invest there.

Dubai has also recently taken off as a service centre for high-tech and financial businesses.

The DreamWorks announcement follows a deal struck in September under which Warner Brothers will establish a theme park in the UAE capital, Abu Dhabi.

The development will include a hotel and several multiplex cinemas.

Marvel Entertainment has unveiled plans for a theme park in Dubai featuring Spiderman, the X-Men and the Incredible Hulk.

Nickelodeon signed up to the same project allowing its famous characters - SpongeBob Squarepants and Dora the Explorer - to join the comic book stars.

Meanwhile, Paramount has signed a licensing deal for a series of Dubai-based parks and rides inspired by blockbusters such as Mission Impossible, Top Gun and The Godfather.

In May, Tatweer announced a $2 billion deal with Universal Parks and Resorts to build Universal City Dubailand.

The large theme park will feature rides similar those at its Florida and California attractions based on film hits such as Revenge of the Mummy and Jurassic Park. 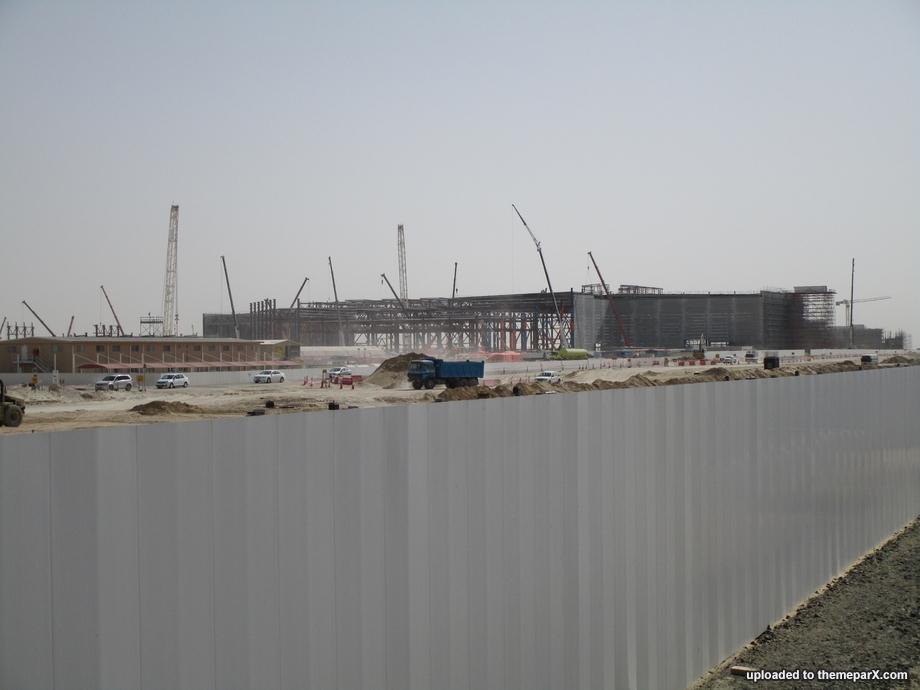 The Hotel Transylvania ride will be in a 2,800 square metre indoor space and will be seven minutes long. During it you’ll be seated in a carriage that holds four people. The ride is ‘trackless’, and there are 27 separate carriages going around at once, which means you’ll never know which way you’ll turn and you’re likely to have near-misses with other punters. The highest point of the ride is 42 metres (about the same height as the Statue of Liberty). The ‘story’ of the ride will be a surprise party hosted by the monsters in the movie